I was looking at a bit of a problem today. It’s a big day in politics land, with the FEC deadline and several candidates not having shared their number yet. So there’ll be some good stuff to report, maybe even a nice chart comparing fundraising and cash on hand (COH) numbers.

But today is also the third anniversary of my late wife Rebecca Lord’s death on July 15, 2012. So you can imagine I’d want to recognize that fact - maybe with no posting at all - but the reality is there’s some important news to report. And that’s my job.

What to do? I think I’ve worked it out. Rebecca, as anyone who knew her would attest, was an eminently practical woman, and I hope she’d appreciate my solution. I’m going to write today but only about two things: fundraising numbers and Rebecca Lord. I’m going to do one post later on today in her memory and honor. If you don’t know me and you didn’t know her, it’ll give you some insight. But it’s going to be much more for me than for anyone else.

For now, though, this blog is officially in mourning for the rest of July 15. To mark the occasion, and the great LGBT ally and advocate that Rebecca Lord was, the Pride flag will fly at half staff permanently, right here in this post.

She was and always will be the best person I’ve ever known. 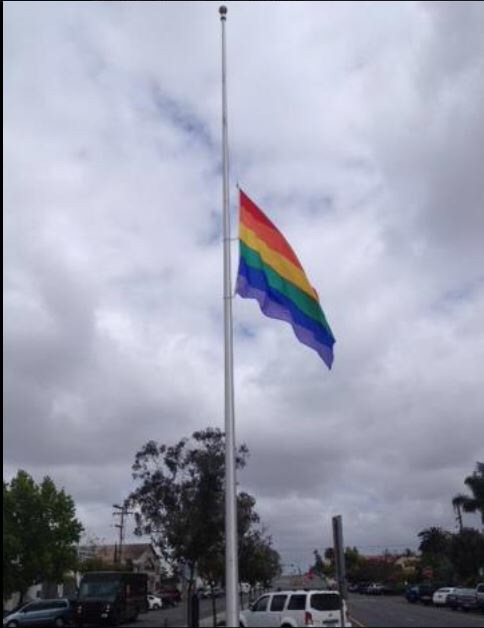 0 thoughts on “Day Of Reckoning - And Remembrance”